Wonder Woman is a fictional superheroine appearing in American comic books published by DC Comics.[3] The character is a founding member of the Justice League. The character first appeared in All Star Comics#8 in October 1941[1] with her first feature in Sensation Comics #1 in January 1942. The Wonder Woman title has been published by DC Comics almost continuously except for a brief hiatus in 1986

Sort by:
Best sellers Relevance Name, A to Z Name, Z to A Price, low to high Price, high to low
Showing 1-2 of 2 item(s) 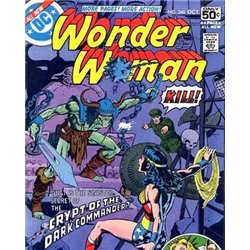