Gen¹³ is a fictional superhero team and comic book series originally written by Jim Lee and Brandon Choi and illustrated by J. Scott Campbell. It was published by WildStorm under the Image Comics banner, which went on to become an imprint for DC Comics, who continued publishing the Gen¹³ title. The comic features a loosely organized team of super-powered beings composed of five teens and their mentor. 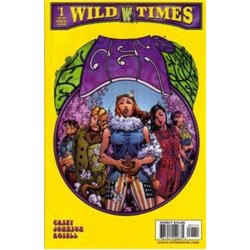